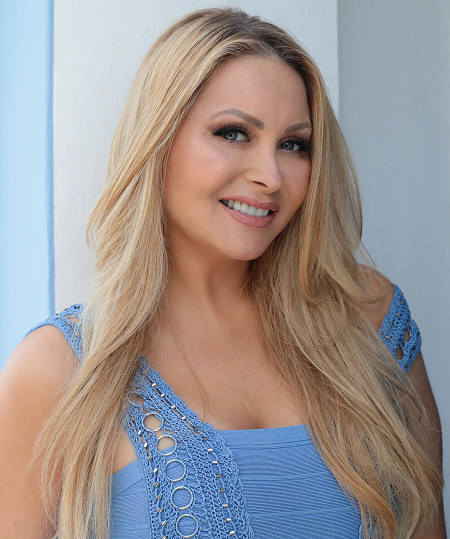 Victoria started her modelling career aged 18 and has travelled extensively around the world modelling everything from lingerie to calendars, and featured in many magazines including Playboy Lingerie. Victoria appeared in numerous TV commercials, for Guinness, Birds Eye, Sony, Marsden’s, Carlsberg and many other well known brands.

Victoria has appeared in a number of pop videos and popular TV series in both drama and comedy.

Later in her career Victoria also modelled for top designers.

Voted ‘Europe’s sexiest Vegetarian’ by PETA supporters & Awarded ‘most inspirational person’ award by Passionate pink charity, Victoria is passionate about and active in the causes she supports.

Most recently Victoria became a TV panellist joining the BritDiva sofa and will soon to be filming in a Dubai based TV series.

Victoria always uses her voice when & where possible as an advocate for animals as is a co-founder and CEO of the dog rescue charity K-9 Angels.

Since it was founded in 2011 K-9 Angels has re-homed over 850 dogs, spayed 2,500 dogs as well as raised hundreds of thousands of pounds in support of the charity’s mission including the building of a shelter and veterinary centre which the charity regularly sends food and medical aid to. Victoria and her colleagues also conduct educational school tours to teach children responsible pet care and the importance of adopting as an alternative to buying a dog.

Since K-9 Angels began Victoria has taken on many fundraising challenges including cycling 100s miles, climbing Mount Kilimanjaro twice and wing walking on a bi-plane.

Victoria is mum to 8 rescue dogs.

Victoria turned vegetarian age 6 when her father brought home 2 little chicks. 14 years ago Victoria became a vegan and has since fronted numerous PETA campaigns including Italian Vogue magazine and is as a proud animal advocate. Appearing on well known tv show ‘Total Wipeout’ as ‘Vic the Vegan’ Victoria uses her voice for veganism where she can.

Victoria likes to write about all things vegan & ethical and has had many published articles, including her column in Vegan life magazine.