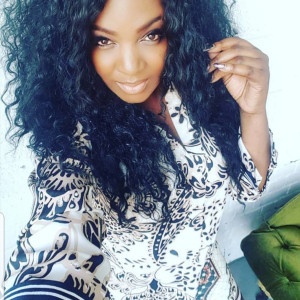 What I admire about Keri is that the company didn’t start out on an ethical platform, Amschela is predominately based on offering leather bags, but Keri had reached a stage where she was becoming uncomfortable about contributing to a process that involved cruelty to animals in the name of fashion.

From now on all Keri’s new designs will be ethical & cruelty free. So hopefully in the near future the range with be 100% ethical.

Keri is super-inspiring & doesn’t let anything stop her from achieving her goals & dreams.

Keri learnt how to make bags from YouTube tutorials, proving you don’t have to know everything before you start a venture in life.

One step at a time can indeed launch a brand, as Keri has proved.

What inspired you to start your brand Amschela?

I had previously worked in the legal industry for over a decade but became redundant in 2016. My children spurred me on to create my own brand whilst I was debating on taking up a new legal role. At the beginning I honestly thought it would be a side hustle instagram shop and eventually I would return to work, but the brand took off almost immediately and the rest they say is history.

Where does the name Amschela come from? Is there a meaning to the name?

The brand is named after my 5 year old grandson ‘Amschel’.  Amschela thus being the female variant of the name and it means ‘Thy Blessed Child’ (male variant) in Hebrew/Jewish origin.

I just thought it was the perfect name in honour of my grandson and such a heirloom name for the brand, which I hope becomes part of our legacy.

Your brand up until recently produced predominately leather bags. Can you explain why you decided take the leap forward to now  producing products that are free from animal cruelty?

I had  just reached a stage where I was becoming uncomfortable about contributing to a  process that involved cruelty to animals in the name of fashion. I guess I had a moral pull but I think it was internally and not one specific thing.

What inspired you to take this leap & why?

I had made recent changes to my own diet in the last year and having shifted to a more healthier lifestyle I just became more conscious of the environment and the treatment of animals. I did not want to jump on the vegan bandwagon but wanted to do it authentically from my heart.

I understand that you started making handbags watching tutorials on YouTube and attending a local sewing class. This is truly inspiring.

Can you elaborate on this?

I have had no formal handbag training but learned to sew watching my grandmother who was a seamstress from a very young age. When I became redundant from my legal career in 2016 I wanted to go to handbag design school but could not afford it, but I still wanted to go ahead and create the brand. In trying to find another way of how to do it and without any funding I realised that on YouTube there were loads of tutorials from talented designers such as Hahn Atelier, Crafts Mangus and Cortes Leather. I literally would sit with my 2nd hand industrial sewing machine, some remnant materials which I would get from local fabric shops, a computer and a notebook going back and forth watching these videos, practising what I saw and making my own little guide book. I did this for approximately a year and so the process of creating Amschela bags began.

Handbags really have the power to complete an outfit’s look, why do you think that is?

I think that handbags themselves are a walking piece of art, a blank canvas in many respects due to shape and form and therefore can be adapted to almost any outfit and interpreted in the manner that the wearer would like. An extension of character. Handbags are often the very 1st thing a person notices on the wearer and is often used to define who the wearer in many ways. If you retrace handbag history such as Chanel there is still a certain awe of those who possess such a beauty. The power of handbag is truly incredible whether your wearing a little black dress or a simple t-shirt and jeans.

If you could choose one famous person to be the brand’s ambassador who would it be & why?

Rihanna – She is strong, sassy, fashionable, a growing philantrohropist in her own right, conscious of world politics and people listen to her. She has changed the game somewhat in how female pop stars can become CEO/Presidents of multi national companies and remain at the top of their game. She isn’t afraid to do it her way, just like the Amschela woman. I am not sure if she is vegan though, but if she is, she would definitely be my first choice, hypothetically.

It’s a very exciting time for vegan fashion. You have featured in Vanity Fair & British Vogue.

What do you think is driving established fashion magazines to increasingly feature ethical fashion?

The consumer, I think that the world is changing and as people became more environmentally aware of their own health needs and those of animals etc that they wanted to read magazines that reflected their own views and ideologies. This, in turn had an impact on the magazines to cater for this particular type of awareness and the realisation that their readers choices were more important that ever. A new normal had indeed begun and really shows the power of the people.

Can you describe the process from the design stage of the bag through to the making of the bag and then to launching the bag?

The actual process of making any bag, whether it be leather or vegan is essentially the same. For the Vegan Bag, there were obviously additional steps and precautions that came into play by just checking that you were using the correct materials, but processes remained largely the same in terms of actual construction.

The Thais Bag being  PU leather, for example, had to be dyed to each specific colour using plant based non toxic mineral dye before being moulded into a crocodile texture print. Normally, using genuine leather, the leather has already been coloured and treated so this was new for us and daunting at first.

The material is then cut to match the paper prototypes that have already been made during the  pattern making stage. Next, the lining is attached using glue to keep it flat against the PU whilst it is stitched together and hardware attached. That is probably the simplest description I can give you.

The Thais Vegan Croc Mini is made out of 100% PU (Polyurethane) Leather which is an artificial leather made of thermo polymer, which used to be more commonly found in furniture or shoes before the handbag accessory industry found it to be a suitable alternative to genuine leather.  There are some PU leathers that contain some leftover genuine leather with a layer of polyurethane over it, but I did not want that. I feel that if you are going to put out a Vegan product, it should be 100% vegan. I love the fact that the materials won’t dry out over time and don’t absorb water so easily.

The interior is made from Tencol Cotton lining. I am a huge fan of Tencol which is actually a breathable microfiber made from sustainable materials that are natural. Tencol is  produced by transforming wood pulp into cellulosic fibers that have a high resource efficiency and low ecological impact. Tencol also has a natural feel of cotton but is made with a fraction of the resources and produces less waste. The Thais Bag gives me a sense of pride in that I know we are doing something to help the environment and to stop cruelty to animals.

How important do you feel it is to collaborate with influencers & fashionistas?

I think that influencers and collaborators are good for your brand if they align with your brand voice, values and ethics. A consumer who is familiar with that particular influencer/collaborator will also then get a sense of your brand too.

Influencers can reach your target audience in ways the brand may not be able to or have time too. So, yes the right influencer is very important. However, equally the wrong one may be damaging so it’s very important for a brand to choose carefully.

What would your advice be to anyone wanting to start their own ethical fashion brand?

I would advise them to research their product niche as much as they can. Develop who the brand is first, what is your brand identity and your voice. Think about what is it that you want the consumer to see in your brand that will make them want to align with you. It is important that with regards to ethical fashion that they truly do want to be ethical and that it is not just a fad, but a complete lifestyle complete with ethical values. Lastly, I would then say just go for it.

You are a relatively new brand that has already done so well, your bags have been seen on many fashionistas & worn at London Fashion week. What’s the future for Amschela as a brand?

Thank you. Yes, our bags have been worn at London Fashion Week for the past 3 years, and we actually created the Anya bumbag which walked the Catwalk during the 2019 shows.  It is so incredible when you think that 3 years is as long as our existence, and we have had some amazing celebrity fashionistas that have come along gracefully and worn our bags. If I am honest I still blush every time I see a news or magazine feature with any of of bags. With regard to our future, we have pledged to become fully vegan within the next 3 years and from there move into other product lines. We do eventually hope to open our 1st UK store here and possibly in the USA.

Is the future of fashion ethical?

Most definitely, more and more brands like us making the change and every one wants to know what is your stance on sustainability and environmental  issues. I think that it will be harder for brands to function long term without any ethical products, even if it is just one product, the consumer led world wants to see that you care and how you are contributing in some way to the protection of the earth, animals and promoting healthy lifestyle choices through your branding and subsequently your products. Fashion is the perfect place to do this as fashion unites everyone in such a unified way, irrespective of your own fashion style, almost a bit like music.

Where would you like to see Amschela in say 5 years time?

I would like to see Amschela cemented as a reputable vegan & environmentally friendly handbag brand that not only caters to a healthy conscious lifestyle, but one that also empowers and supports women to be the best that they can be.

It was an absolute pleasure to speak to Keri & I’m elated that going forward all Amschela’s full range will be vegan & environmentally friendly. I’m excited to see what Keri designs next & wish her so much luck with Amschela & its future.