Mission:
1- Start of the mass spay programme of 180 dogs
2- Visit Aurelia’s shelter funded by the K-9 Angels.
3- Visit the state shelter and pull out the few lucky dogs to re-home

Early start for the K-9 Angels and Ashley James our stand-in angel. We kicked off the day with the K-9 Angels spay campaign. At the vets Ashley myself and Pola assisted in the spaying. It was like a conveyor belt of dogs being anaesthetised then taken in to theatre being spayed and neutered then carried into recovery. This vet was very fast with each spay taking just 15 minutes from beginning to end. To think for just 23 euro a spay can be done and endless pregnancies can be avoided is amazing. There were poor dog owners coming in to have their dogs spayed under the K-9 Angels spay campaign as they simply couldn’t afford to have their dogs spayed. Considering an average wage in Romania is just 200 euros a month then this is completely understandable. It’s great that they realise and take the responsibility to bring their pet in to be spayed. 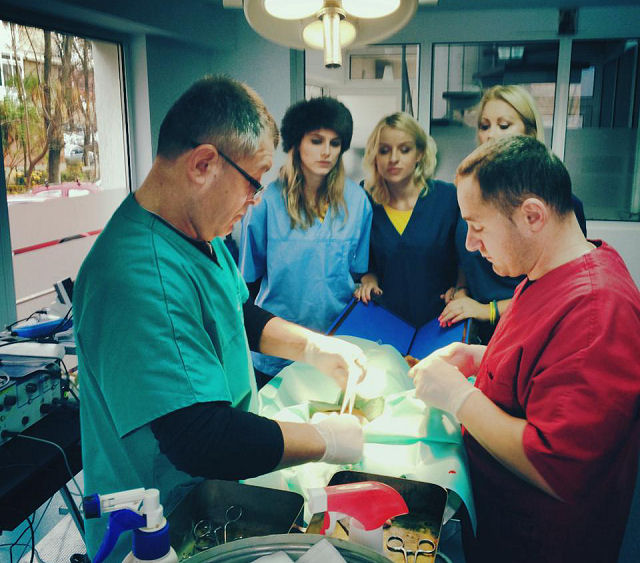 There was also a sweet young lady who brought some the dogs she cares for in to be spayed, she cares for 180 dogs alone and would never have been able to fund spaying. Such an uplifting feeling that this mass spay was taking place, felt like we were making huge positive strides for these dogs. 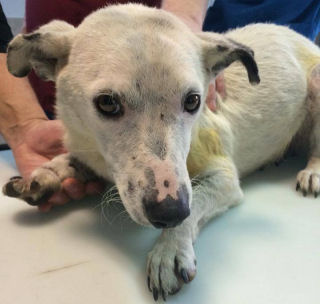 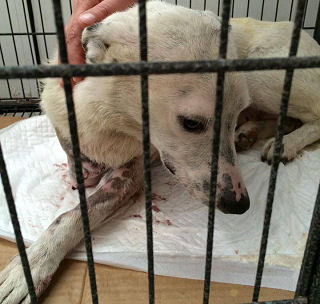 One of the female dogs who was brought by their poor owner into the surgery had her paw badly crushed and we offered to cover vet bill. After the x ray the vet decided to amputate her paw and her owner said he didn’t want her back. He later said Grace (we named her) had few babies and he wanted us to take the puppies too. In one day poor Grace was spayed, had her front leg taken off and was separated from her children- it was heartbreaking to see her recovering from surgery, if only dogs could talk… 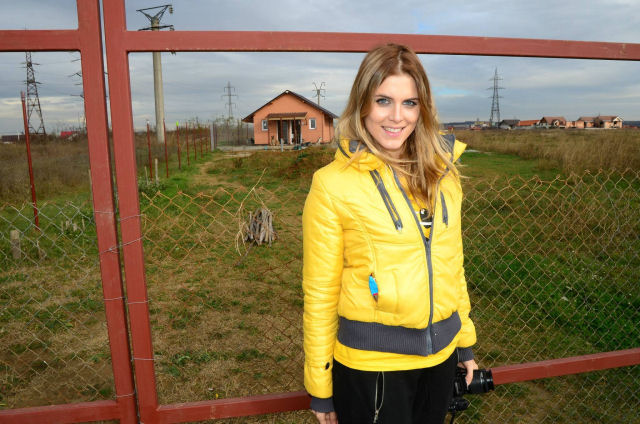 We then took Ashley to see our shelter. Driving up to the shelter you could see so much had changed in such a short space of time. Aurelia’s dream was taking shape and we were greeted by happy dogs in their new shelter. The new dog house funded by K-9 Angels was complete and it looked amazing! It can hold 20-30 dogs depending on their size. The dog house is fully insulated with tile floors, heating and lighting. A heavenly hold before these lucky dogs will be rehomed. This dog house cost around £9,000 to build and we hope to build another one soon so we can remove more dogs from the horrid concentration camp like public shelter and house them at our shelter. 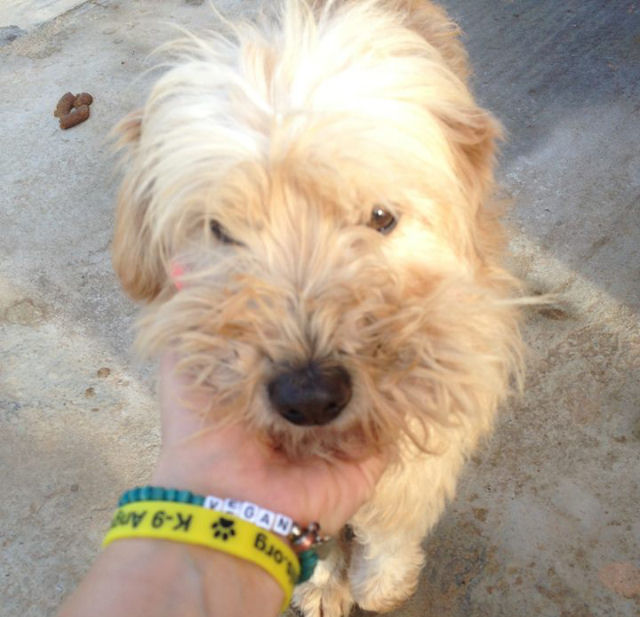 As always I fall in love with a particular dog and this time I named him Dennis the 2nd. What a cute fluffy blond beauty. Unfortunately Dennis has to have his front leg amputated because it is so injured. Once we raise the funds for this and he recovers we hope to rehome him and I will foster little Dennis.

We are now raising funds also for the build of the vital vet facility to care for the many dogs Aurelia has at the shelter. 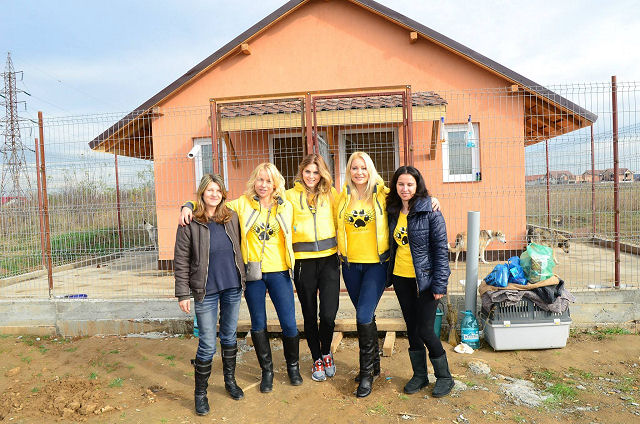 And the part I was dreading today was visiting the horrid public shelter or should I say concentration camp holding around 600 dogs living in pee and faeces freezing cold and very fearful of the dog catchers. To think that most of these dogs will die here is simply heart breaking. Pola myself and Ashley had to choose a few lucky dogs that will go to the safe haven of our shelter and will be put up for adoption. The lucky 7 we chose were Arthur, Rudolf, Nelson, Felka, Philip, Pippa and Phoenix. 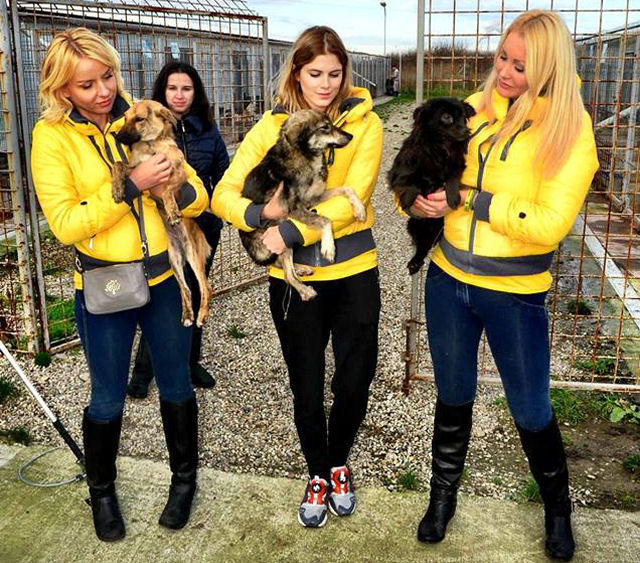 Aurelia is simply a one-of-a-kind lady. This lady literally gave her life to help dogs. Seldom do you meet Anyone that would give up everything to anything. She sold her house to buy land as she had a dream and that dream was to build a shelter so the street dogs would have somewhere warm and clean to live in before she tries to rehome them. Aurelia’s dream came true, a dog house we funded has now been completed and Aurelia’s now plans a vet facility and another dog house that will hold 20-30 dogs. We will do our best to help her with this build. 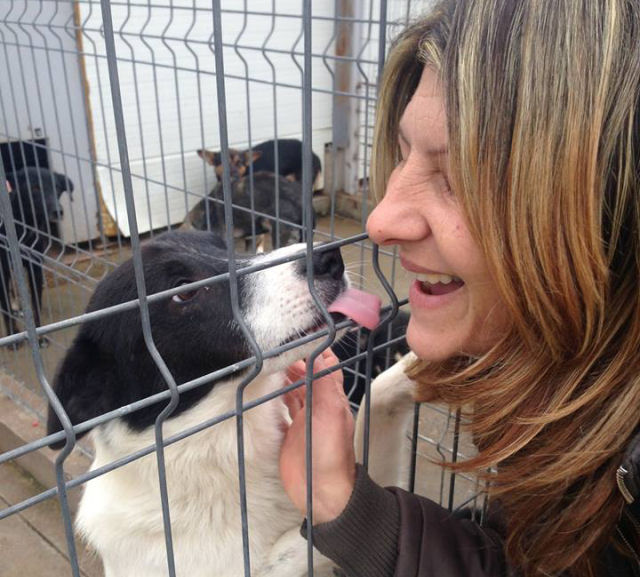 Aurelia picks us up in her Ferrari as she jokingly calls it. Her Daewoo car is literally falling apart but she says it’s her best friend as she can pick up street dogs and try to give them a better life.

Early start first to see 4 of the 5 Grace’s puppies as they are now in foster by a kind lady. This lady has 8 big street dogs now living at her house. This lady is a very rare breed of human who found these 8 dogs on the streets when they were puppies and has looked after them at her house. Now fostering the 4 puppies also until we find homes from them. Poor Grace without her puppies, her leg and abandon by her owner but at least her puppies are safe now.

Return to the public shelter

Back at the horrid public shelter, Aurelia wants to pull out 10 lucky dogs for her Christmas adoption campaign. So within 10 mins we had chosen the dogs and myself, Pola and Aurelia go into the vile piss ridden pens to pick up the dogs and take them out. Firstly to another part of the shelter so they can wait there to be picked up very soon then taken back to Aurelia’s to be put up for rehoming. Some of the dogs were easy to pick up and carry out some of the dogs not so easy, so traumatised by their past treatment they cower and run away shaking in the corner. So satisfying to pick them up and take them out of that hell hole knowing these dogs’ fate had changed in that second for the better.

Along with the 10 Aurelia’s Christmas appeal dogs we could not resist and chose another 2 dogs on top plus of course Houdini… We also managed to take 4 puppies from day before that needed urgent vet tests out of the public shelter. These 4 pups were very skinny, weepy eyes and did not look well at all. So straight to the vet with the 4 pups in Aurelia’s Ferrari. 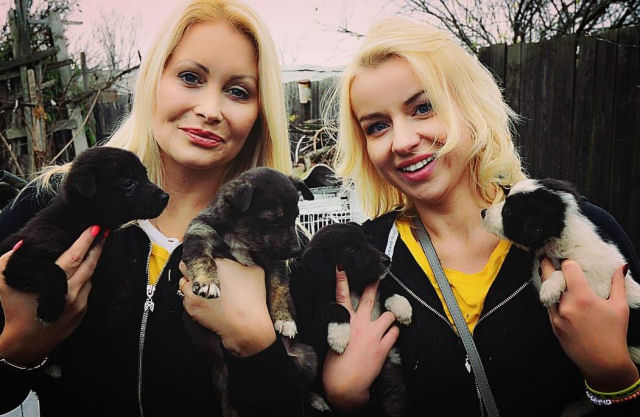 Sitting in the vet waiting room with the 4 puppies sitting on our laps clearly enjoying the cuddles and warmth probably felt for the first time in their lives was upsetting. It was unthinkable all these babies have ever known was cold shelter, hunger and dogcatchers mishandling them. The puppies were given all of the tests necessary then we fed them, you would have thought these puppies had never eaten ever!

While sitting in waiting room we bump into Ralu Manole who tells us about dog town shelter where they have 1,700 dogs! And they want to kill 1000!! Even though many of the dogs are on a long distance adoption. Seriously!!! This is reality in Romania. They do not kill them with an injection – there are cheaper ways like clubbing them, injecting paint thinner in their heart. The reality is grim.

It’s been an exhausting few days here in Romania now there’s lots of follow up work to do once back in the UK of raising funds and the rehoming.

We cannot help these dogs without you. Please keep donating there is so much still to do.

With very special thanks to Ashley James not only for visiting Romania with us and highlighting the plight of these dogs, but for your donation too!

Thank you very much!!

Where money is needed….

Craiova Dogs – emergency treatment, vaccines, foster, medication, food – can not estimate the amount until all of them are treated. 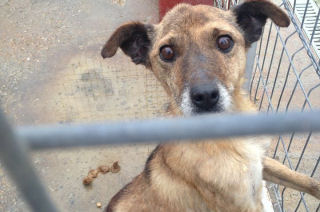 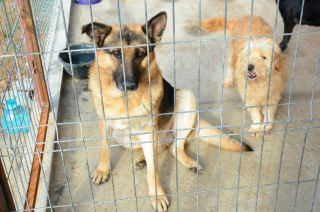 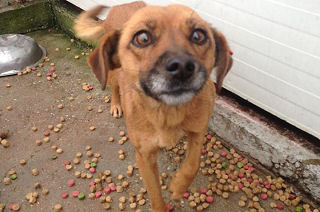 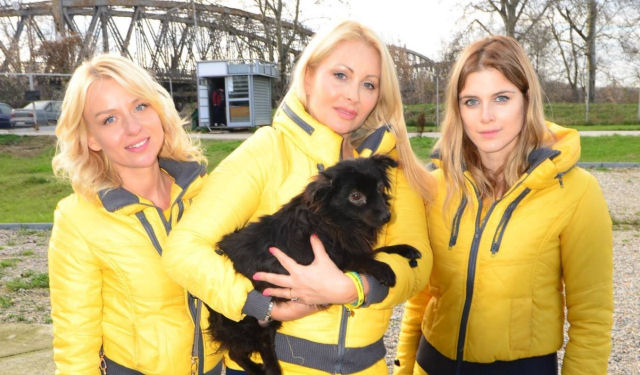