Would you give up smoking for your dog? 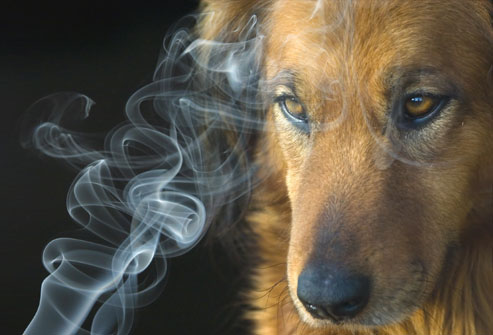 We are all aware that smoking is bad for us but are you aware that your smoking is as harmful to your beloved dog as it is to you?

Are you also aware smoking is tested on dogs too? Beagles in fact 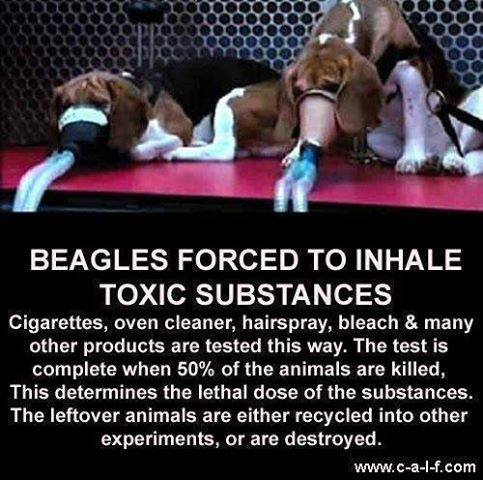 How Does Second-hand Smoke Affect Your Dog?

I’m not going to lecture you about the benefits of quitting smoking (although I will advise you of a few facts below) 🙂 If you’re a smoker, you’ve already heard it all.

But you should consider the effects your habit may have on your dog if he/she is exposed.

Second-hand smoke, also known as Environmental Tobacco Smoke or ETS basically comes from anything that is smoked such as cigars, cigarettes, and pipes. ETS is a carcinogen that causes cancer not just in humans but animals as well.

Aside from cancer, second-hand smoke is also associated with respiratory and cardiovascular diseases, asthma, chronic lung infections, and eye problems. ETS has been thoroughly studied where humans are concerned, but not as much research has been done for companion animals. Studies show that tobacco smoke comprises up to 20 different carcinogens that can be readily inhaled by non-smokers. ETS contains the smoke that is released by a burning cigarette, pipe, or cigar, as well as those that are exhaled by the smoker themselves. There are more than 4,000 chemicals found in second-hand smoke including carbon monoxide, formaldehyde, arsenic, benzene, chromium, nickel, and vinyl chloride.

In dogs, second-hand smoke has been found to be greatly associated with nasal sinus cancer and also linked with lung cancer. A study conducted reveals that there is a higher incidence of nasal cavity tumours in dogs that were exposed to ETS as compared to dogs that live in households with non-smoking members.

If smoking is not something that you particularly want to give up then could you have a designated area away from your pet now that you know just how harmful smoking is to them?

Health officials have known for decades that smoking cigarettes causes disease in nearly every organ of the human body and that animal tests are poor predictors of these effects.

Yet tobacco companies and the contract laboratories that they hire continue to conduct cruel, irrelevant animal tests on new and existing products.

In tests that many people don’t realize are still being conducted, animals are forced to breathe cigarette smoke for up to six hours straight, every day, for as long as three years.

Animals naturally avoid breathing cigarette smoke, so lab rats are forced into tiny canisters, and cigarette smoke is pumped directly into their noses. In the past, dogs and monkeys have had tubes attached to holes in their necks or have had masks strapped to their faces to force smoke into their lungs. In other commonly conducted tests, mice and rats have cigarette tar applied directly to their bare skin to induce the growth of skin tumours. 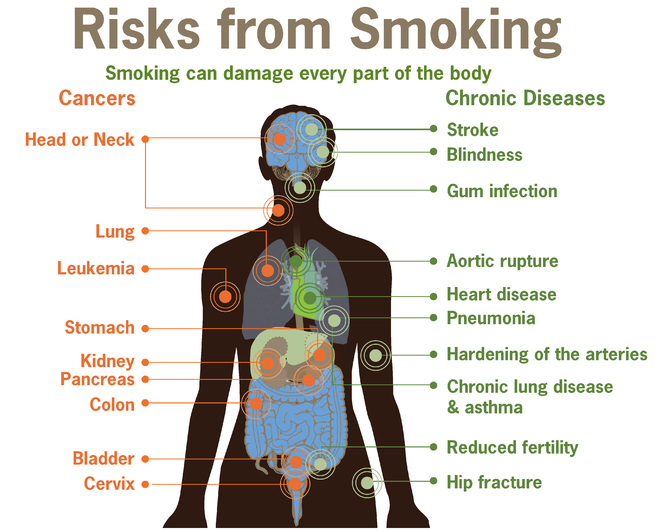 Smoking and your health

Now knowing that smoking cigarettes causes disease in nearly every organ of your body, cancer, respiratory and cardiovascular diseases, and asthma then I’m sure you will want to know the immediate benefits of quitting smoking?

The immediate health benefits of quitting smoking are substantial.

Heart rate and blood pressure, which are abnormally high while smoking, begin to return to normal.

Within a few weeks, people who quit smoking have improved circulation, produce less phlegm, and don’t cough or wheeze as often.

Within several months of quitting, people can expect substantial improvements in lung function

In addition, people who quit smoking will have an improved sense of smell, and food will taste better.

Now you know smoking is not only bad for you but it’s also harmful to your beloved pet and that Cigarettes are also tested on animals; aren’t these 3 imperatives to why you should give up?

Here are 3 informative links that you should read.

Link to help you give up smoking